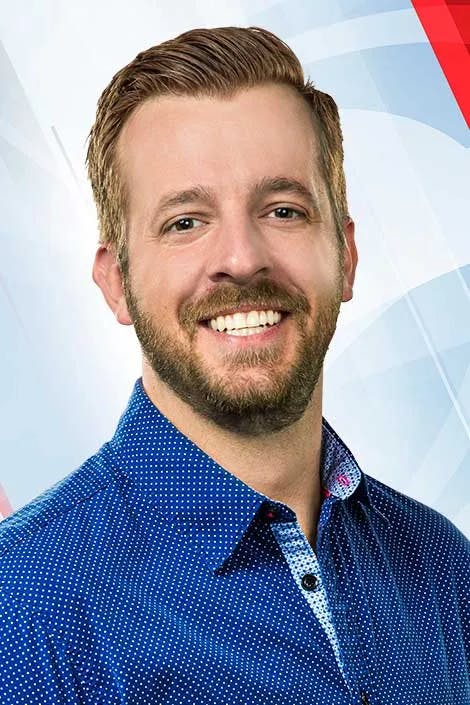 That super deep voice you hear on KVOO is Brooks. He’s a God-fearing man from Springfield, well Nixa, MO. Brooks spent his entire life in Nixa until he went to college at the University of Central Missouri on a theater scholarship.

But, radio was his thing. Brooks went to broadcasting school and landed his first radio job at KTTS-FM in Springfield, MO where he won multiple CMA and ACM awards.

Brooks loves his family; he has 3 nephews and 3 nieces. Included in that family are also his two dogs, Bob Dog and Dot Dog!

In Brooks’ free time, he loves to take his dogs for car rides, spend time outdoors on the lake/river or ride his 4-wheeler. He’s also a huge sports fan and a die-hard St. Louis Cardinals fan!