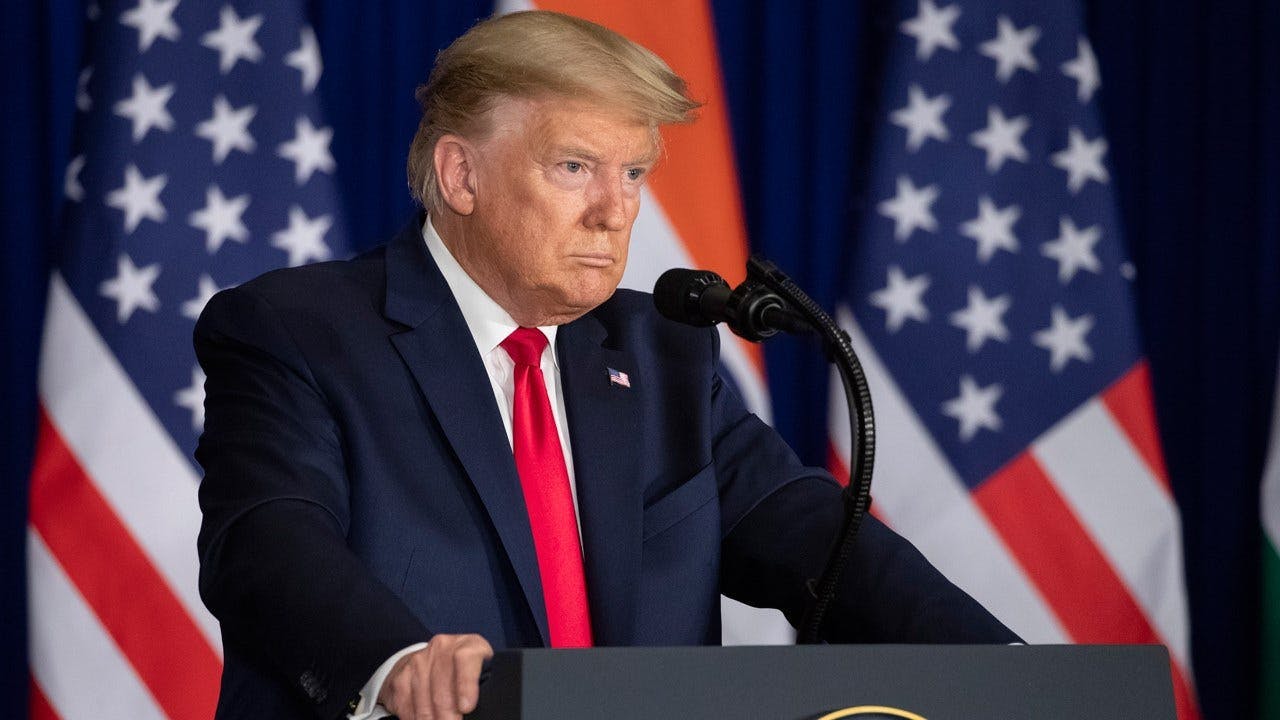 McEnany was pressed on why Mr. Trump did not receive a briefing on the intelligence about the Russian operation, reported over the weekend by the New York Times and the Washington Post, and repeatedly told reporters the intelligence in question has not been verified.

"This was not briefed up to the president because it was not, in fact, verified," she said.

National security council spokesman John Ullyot said in a statement Sunday, "The veracity of the underlying allegations continues to be evaluated."

In an explosive report published Friday, the New York Times said U.S. intelligence officials concluded a Russian military spy unit offered bounties to the Taliban-linked militants for the killing of coalition forces in Afghanistan. According to the Times report, Mr. Trump was briefed on the finding, and White House officials developed options for addressing the matter. The Washington Post subsequently reported the Russian operation Saturday, citing U.S. officials who said Trump administration leaders learned of the cash payments in recent months from U.S. intelligence agencies.

The president, however, has denied that he was briefed on the intelligence finding, tweeting Sunday night that "Intel just reported to me that they did not find this info credible, and therefore did not report it to me" or Vice President Mike Pence.

McEnany separately said in a statement Friday the "CIA director, national security adviser and the chief of staff can all confirm that neither the president nor the vice president were briefed on the alleged Russian bounty intelligence." She added that her statement "does not speak to the merits of the alleged intelligence" and asserted that the New York Times had "erroneously" suggested the president was briefed.

Director of National Intelligence John Ratcliffe said Saturday he "confirmed that neither the President nor the Vice President were ever briefed on any intelligence alleged by the New York Times in its reporting yesterday."

But the reports from The New York Times and Washington Post have generated concerns from Republicans and Democrats alike who are pressing the Trump administration for answers on the reported intelligence on Russia's operation and whether Mr. Trump was informed of the matter.

"The questions that arise are: was the President briefed, and if not, why not, and why was Congress not briefed. Congress and the country need answers now," Pelosi, a Democrat from California, wrote.

Senator Lindsey Graham, a Republican from South Carolina and one of Mr. Trump's closest allies on Capitol Hill, said Saturday it was "imperative Congress get to the bottom" of the reports.

"I expect the Trump administration to take such allegations seriously and inform Congress immediately as to the reliability of these news reports," he tweeted.

Congresswoman Liz Cheney of Wyoming, the third-highest-ranking Republican in the House, said the White House must explain why neither Mr. Trump nor Pence were briefed on the intelligence and whether it was in the President's Daily Brief, and she said the White House should disclose who knew of the intelligence and when, and what the Trump administration would do in response to the reported operation by Russia.

McEnany told reporters Monday that she would not "get ahead" of Mr. Trump regarding further actions toward Russia and President Vladimir Putin.

A group of lawmakers met at the White House on Monday for a briefing on the reported intelligence, McEnany said. She did not detail who was in attendance, but said a "bipartisan invitation" had been extended.

Ben Tracy contributed to this report.