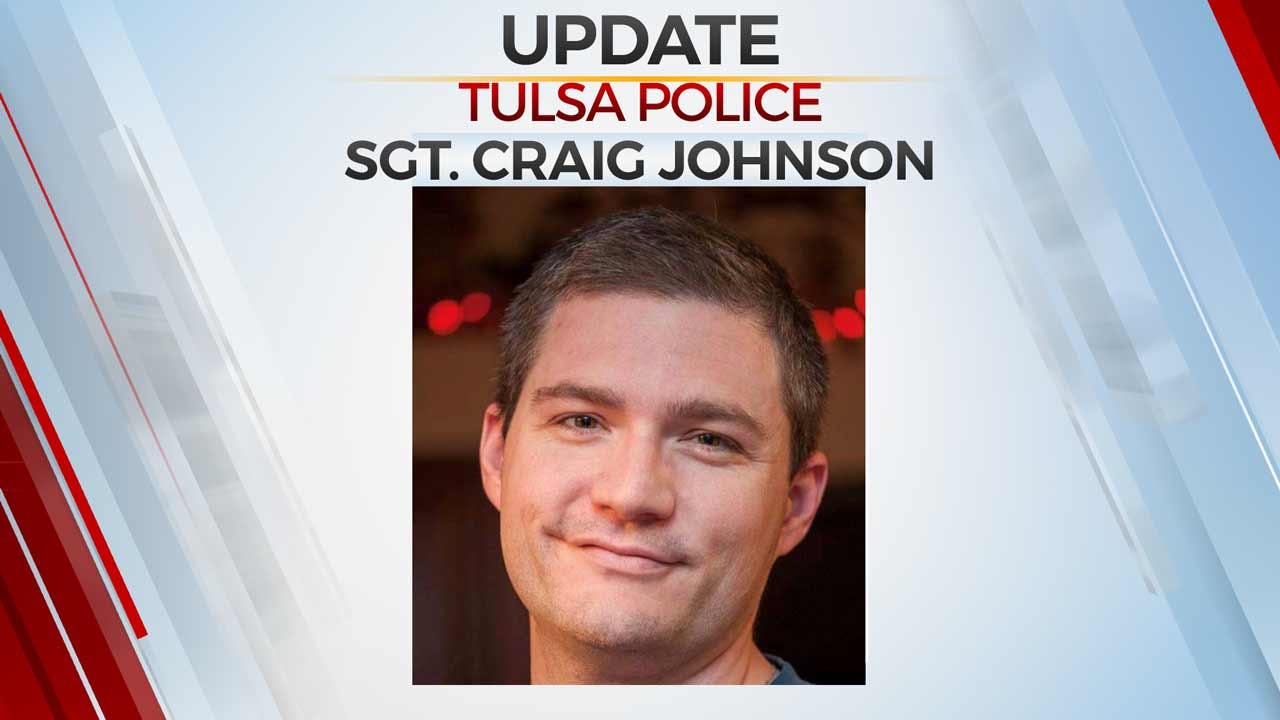 Tulsa Police confirm that Sgt. Craig Johnson has died. Johnson was one of the officers shot Monday morning.

Chief Franklin said Sgt. Johnson is an overnight supervisor for the Mingo Valley Division, and a 15 year veteran of the department. He was promoted to the rank of Sgt. 5 years ago. Chief Wendell Franklin announced that Sgt. Johnson's family was presented the Purple Heart in honor of their father.

“Cindy and I are praying for the family of Sgt. Johnson and the entire Tulsa community as we grieve the loss of one of our own. The news is heartbreaking to the entire nation. We pray his family knows that Oklahomans everywhere mourn with them and pray for them today. Now is a time to band together in support of the police officers who serve with honor and are willing to make the ultimate sacrifice to protect everyone in our communities.”

Both the suspected shooter, David Ware, and his suspected getaway driver, Matt Hall, are now both in custody. The charges for both suspects have been upgraded. Ware is now charged with first degree murder, in addition to possession of firearm and shoot with intent to kill. Hall is now charged with accessory to murder, in addition to the other accessory charge.

"What can you say to two young boys whose father has tragically died? There really are no words. However, we as a community can do something not only to remember TPD Sergeant Craig Johnson, but to continue to support Officer Aurash Zarkeshan as he fights to overcome his devastating injuries. We can turn our headlights on. These families need our support and prayers right now."

"I am so grateful for the ultimate sacrifice Sgt. Johnson made to protect my community from the dangers that our society regrettably suffers from. His sacrifice and the sacrifices of his family will not be forgotten. I and countless Oklahomans will remember him as the hero he was and honor him as he has fulfilled his oath to protect and serve to the fullest."

“On behalf of the U.S. Attorney’s Office, I extend my most heartfelt condolences to the family of Tulsa Police Department Sergeant Craig Johnson. Sergeant Johnson’s death will not lessen our resolve, but rather reaffirm the collective duty of all those in law enforcement to serve and protect."

This is a developing story.